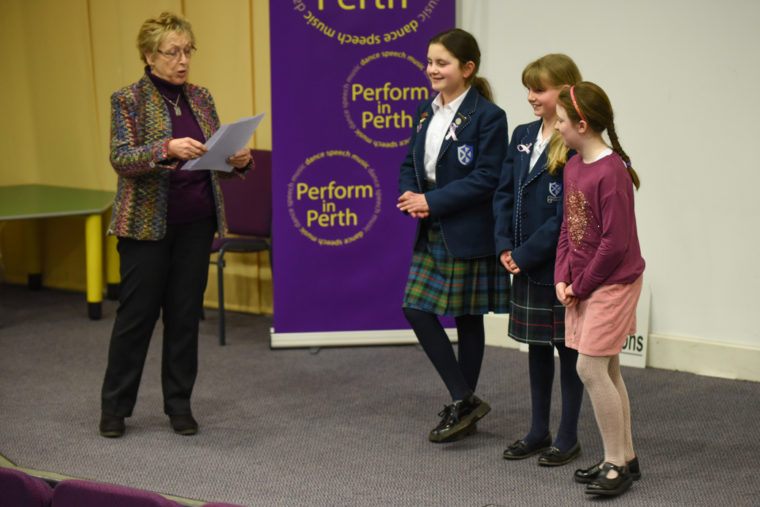 The show will go on for a Tayside-wide performing festival as it marks its centenary year, despite the challenges of Covid-19.

The Perform in Perth programme will go ahead – under adjudication from 8th-20th and then streamed online – from March 15th-27th.

The event celebrates a wide range of artistic forms, with competitive classes in dance, speech and music, ranging from vocal and instrumental solos to full scale bands and orchestras.

The closing date for submission of entries has been extended from January 15 to 22 following confirmation that it would be taking place.

Secretary of Perform in Perth, Eileen Waterston said organisers were particularly keen to ensure this year’s event would be held, given the anniversary and the fact that last year’s programme was cut short due to the pandemic.

The adjudicators will be commenting on videos submitted by the performers.

Accompanists are creating backing tracks which can be accessed via the Festival’s website.

“As far as COVID-19 is concerned this year, for festival personnel, there is absolutely no risk, as everything is being operated remotely,” Ms Waterston said.

She added: “The main challenges are really for the teachers who are not able to teach face to face and for whom remote teaching and trying to engage with each individual must be so frustrating.

“The main thing that we shall all miss is the festival atmosphere.”

Plans for this year’s Perform in Perth event have been ongoing since November, when organisers launched its syllabus.

The Perthshire Musical (Competition) Festival Association was formed in August 1920 by a group of people eager to encourage participation in the arts and recognise local talent and the first festival was held in May 1921.

Organisers are asking anyone with items of memorabilia, such as photos or certificates from the last 100 years, if they would like to share them with the committee and the wider public.

Further information on this year’s event, alongside the syllabus, can be accessed on the Perform in Perth website.