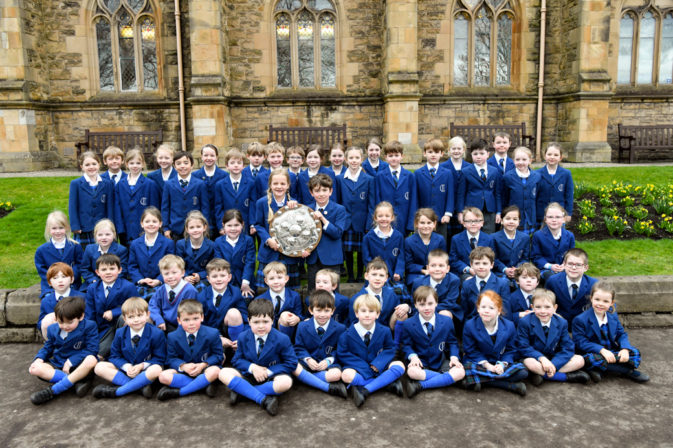 In a competition for Perth City Primary Schools – Craigclowan Junior Choir, conducted by Sue Clark, were the winners in the Infants P1-P3 class. These victorious young musicians sang Grandfather Clock and Noah and the Unicorns, and they were awarded the Coates Shield.

The Millennium Trophy was awarded to the Craigclowan Concert Choir, directed by Sue Clark. Their choice of songs was Poco Poppa Pizza and Mamma Piccolo and the traditional air, the Dark Island. The adjudicator for the session was Mr Jonathan BEM and the accompanist was Mr Gordon Murch.

For the winners of the best choir in Classes 79-84, the Perthshire Church Choir Challenge Baton has been won by the Julie Young Singers. Their enthusiastic performances of ‘Bare Necessities’ and ‘Somewhere Only We Know’, conducted by Melissa McKillop, earned great acclaim from today’s adjudicator, Mr Jonathan Rea BEM.